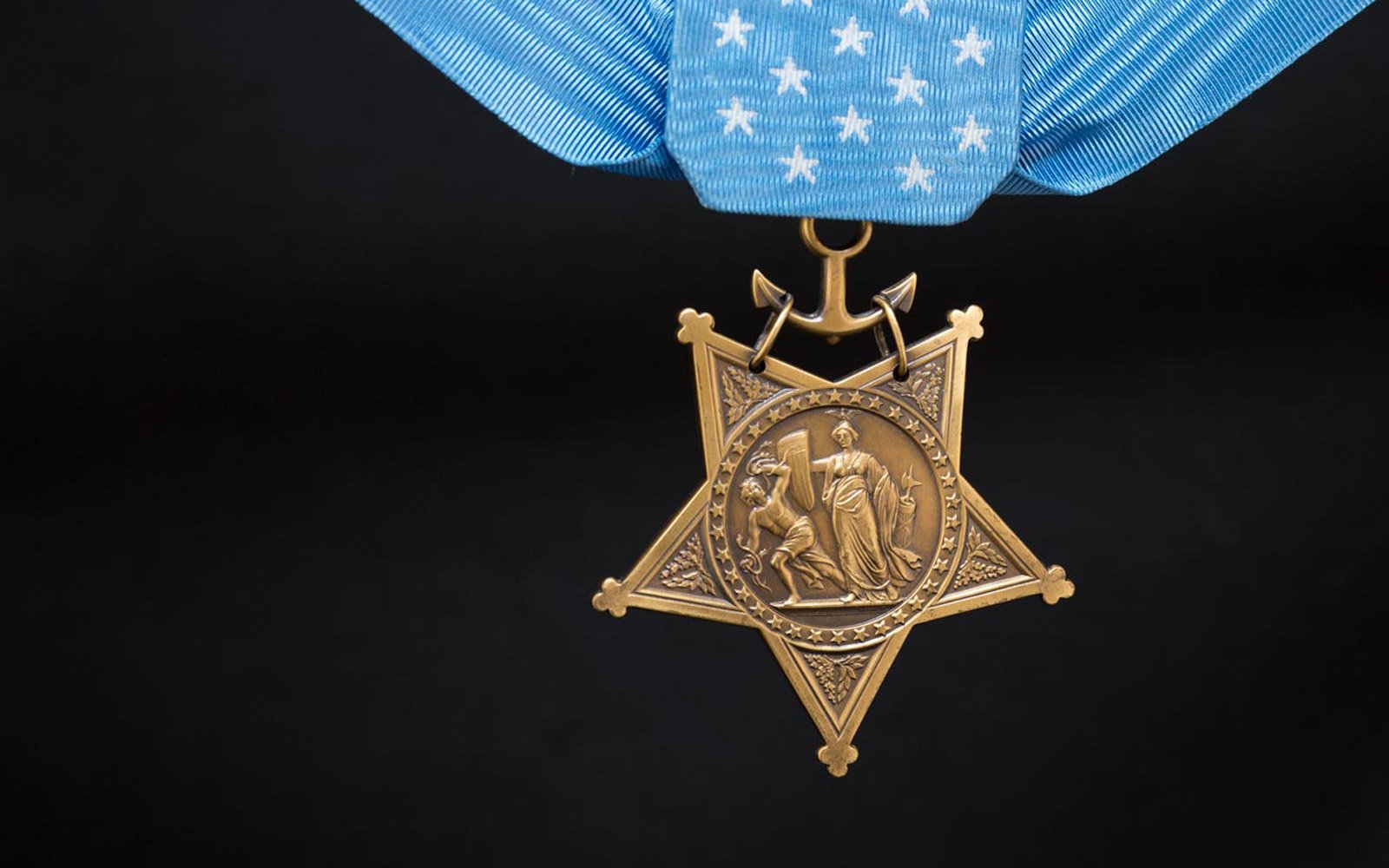 On Thursday afternoon, President Joe Biden welcomed one soldier to the White House as well as the families of two others to honor their service with the Presidential Medal of Honor, an honor reserved for those who proved ” an especially meritorious contribution to the security or national interests of the United States, world peace, cultural or other significant public or private endeavors.”

Each of the honorees did just that. Sgt. First Class Alwyn Cashe, an seasoned member of the Army forces who was in Iraq on a second tour of duty, gave his life to save the members of his unit. In October 2005, Cashe and others were traveling in a Bradley vehicle when the group was ambushed and the vehicle triggered an IED explosion. Sgt. Cashe showed exceptional bravery when he exited the vehicle, on fire himself, and went to extricate his driver and others trapped inside the burning inferno. Cashe would pull out two men, then go back for others. When the extrication helicopter came, Cashe refused to leave, sending other members of his unit instead. He was already severely burned at that time. When he initially left the Bradley, his uniform was soaked in fuel. Even so, he was determined to rescue his brothers, and he refused to leave until his unit had been extricated.

Later, as he lay in a hospital bed in Texas, one of Cashe’s first questions to those attending him was “How are my boys?”

Sgt. Cashe would succumb to his wounds. Today, he is honored with the Presidential Medal of Honor. His widow, Tamara, was in attendance to receive the award in his honor.

Sgt. Cashe is the first African American who was awarded the Presidential Medal of Honor since 9/11. Cashe’s sister noted that his actions that day lined up with her brother’s typical character of placing others’ needs above his own.

Sgt. First Class Christopher Celiz was also honored with a Medal of Honor. He was leading an operation in Afghanistan when he and his team came under attack. A medical evacuation helicopter arrived on scene, but it came under enemy fire as well. Celiz led a group of men carrying the casualty to the rescue helicopter. Celiz provided covering fire for his men, and, once the casualty was loaded, Celiz stayed at the helicopter and continued to protect the craft as well as his men by returning fire. He repositioned himself multiple times in order to protect the chopper as well as its crew.

When the helicopter took off, Celiz was injured by enemy fire. He waived off the medivac chopper although he needed medical attention himself. He would later succumb to his wounds. Celiz was an Army Ranger, one of the special forces of the military branch. He was also posthumously awarded a Purple Heart as well as a Bronze Star.

Celiz’ wife said it was not unlike her husband to wave off the rescue chopper. She said he always put the members of his unit before his own needs. She accepted the medal in his honor.

Master Sgt. Earl Plumlee was the only soldier who had survived his ordeal to be able to physically accept his award. Plumlee was a member of the elite Special Forces unit of the Army. He and his group fended off an attack by Taliban suicide bombers in 2013.

Ten insurgents had breached an American base in Ghazni, Afghanistan. Plumlee and five others from his unit went to the site of the detonation that caused the breach. He used a grenade and sniper fire in order to kill two of the insurgents. He fought in close range with many of the other sixty suicide bombers who created the breach.

While the fighting was ongoing, one of the suicide bombers had detonated his vest, mortally wounding a fellow soldier. Plumlee would carry this soldier to safety and provide first aid.