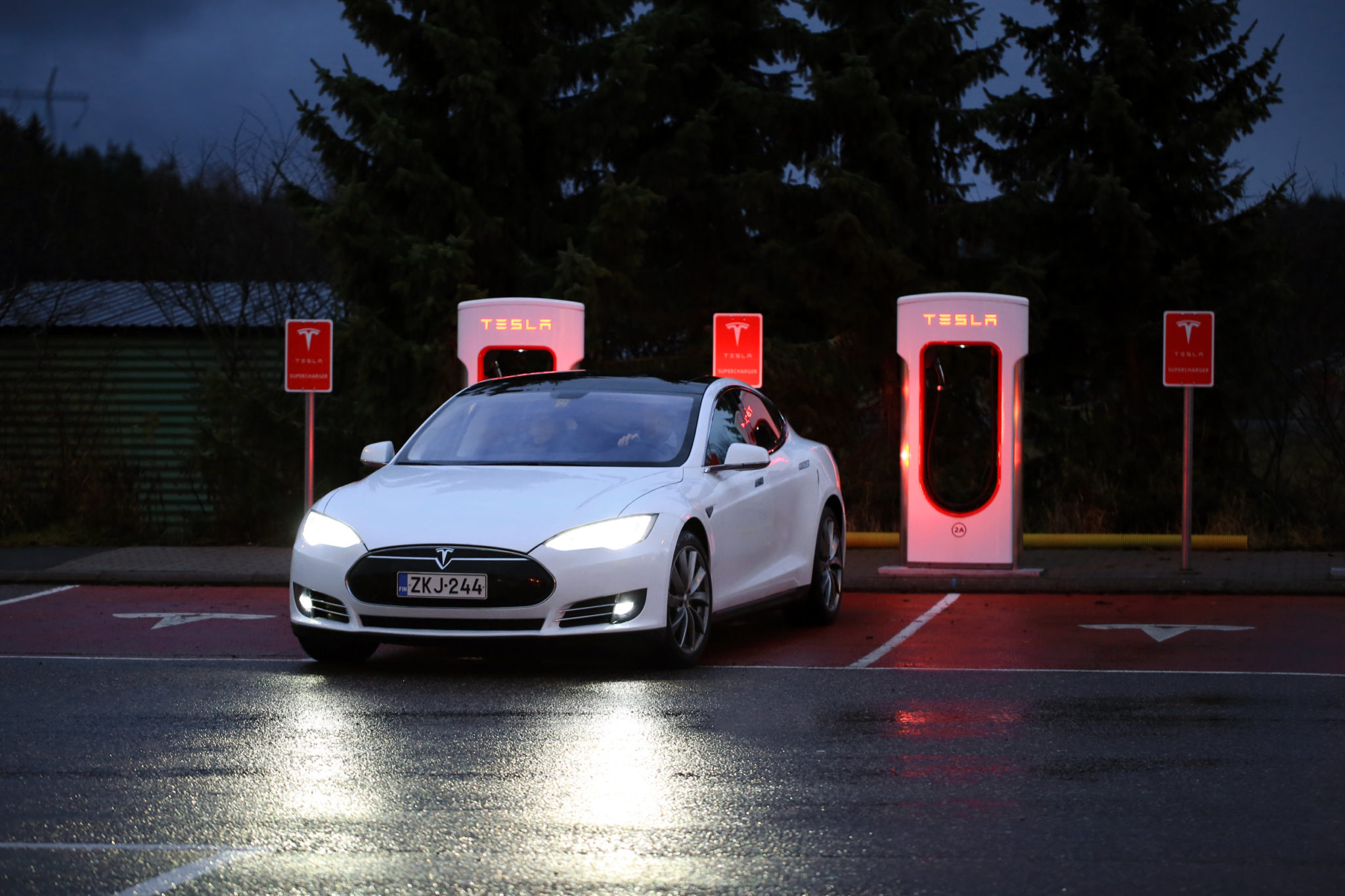 Gas prices are have risen nearly fifty percent in the last year, and although Joe Biden has released a small amount of oil from the U.S. Strategic Reserve, Americans won’t likely see much relief at the pump. President Biden’s approval rating continues to sag, and many pundits are pointing to gas prices as well as crippling inflation and empty shelves at retail outlets across the nation.

There are those in President Biden’s administration who have addressed rapidly rising fuel prices, namely Transportation Secretary Pete Buttigieg. On Monday, Buttigieg commented that families who invested in electric vehicles “never have to worry about gas prices again.” Buttigieg also touted the Build Back Better legislation which would allow for a $12,500 tax credit on the purchase of an EV, but only if that EV was manufactured at a unionized plant.

It’s important to keep in mind that as of 2021, only three percent of all vehicles on the road are electric vehicles (EVs). Of that small percentage, 55 percent are made by Tesla – a non-unionized company. (Interestingly enough, Tesla CEO Elon Musk is not an advocate of the Build Back Better’s EV tax credit.)

So, this leads to the first question regarding the cost of EVs . . .

One can attribute some of the reluctance to move over to EVs as possible lack of knowledge. Many drivers lament that they have concerns about running out of power, especially if they live in an area that does not have many charging stations or if they travel the U.S. a great deal. However, it’s likely the chief cause of drivers’ reluctance to invest in an electric vehicle is the upfront cost.

So why don’t people purchase the Nissan Leaf? Consumers cite reasons such as multiple interior flaws, a lackluster driving range, its inability to withstand harsh winters, and rear seats that do not fold flat.

The MINI Cooper offers an EV, but it has a driving range of a mere 114 miles, making it great for people who have a short commute, but little else. Plus, the small MINI won’t accommodate those with families.

The Chevrolet Bolt EV has been affected by a massive battery recall.

The Hyundai Kona – a stylish EV that is more family oriented – offers a starting cost of $27,685.

The Volkswagen ID.4 (AWD Pro) opened up the electric vehicle niche market to those in harsher climates as it offers all-wheel drive. It offers a starting price of $37,370 and 249 miles of driving range. This EV IS eligible for the current $7,500 tax credit, but car enthusiasts lament that the EV does not have a “frunk” and the rear drum brakes are “quirky.”

In order to get an EV that hits a 300 mile driving range, one must seek out something in the way of a Ford Mustang Mach-E. However, customers will be looking at a nearly $50,000 price tag for the extra range.

While this is not a comprehensive list of all EVs and their prices, it’s important to consider the cost of initially getting into an electric vehicle in contrast to comparable gas-powered vehicles.

Most of the public simply isn’t prepared to spend that sum of money on a bone-stock electric vehicle when gas-powered vehicles offer so much more in the way of amenities for the same price.

Kelley Blue Book states that the average transaction price for an electric vehicle in April 2021 was $51,532. When compared to a full-size gas-powered car, that’s an $11,000 jump in investment. It’s nearly $30,000 than the price tag of an “average” compact car.

How much does it cost to power an EV versus a gas-powered car?

Politicians and environmental experts are pushing for more electric vehicles on the road. Studies have been carried out to determine how much an EV costs to operate vs. a gas-powered vehicle. Only one problem exists, however – there are many factors that can affect the exact cost of an EV over time. This means there is no consensus on how much an electric vehicle will cost a consumer versus a gas-powered car.

AAA has released information stating that electric vehicle owners use $0.03 per mile to “get their car moving,” while small gas-powered sedan owners use $0.07 per mile and small SUVs require $0.08 to do the same.

The contention surfaces when one considers the cost of gas and electricity where one lives. This is a discrepancy that even the U.S. Department of Energy acknowledges in a study, where they found that in states like Washington, one can save when going from a gas-powered vehicle to an EV. However, those living in the Central United States or the Southern United States (particularly in the Southeast) would see a larger operating cost in an electric vehicle compared to a gas-powered vehicle.

It’s also important to note that the cost to insure an electric vehicle could be noticeably higher. AAA estimates that full-coverage auto insurance for an average EV is approximately $1,227 per year compared to $1,087 per year for a small SUV. Higher priced EVs are likely to incur an even higher insurance rate (as a luxury gas-powered vehicle would). Car and Driver magazine reports that insurance for the highly-popular Tesla EV may be upwards of $4,000 per year.

How much will it cost a driver to charge an EV at home?

Again, this cost will be different for each driver.

Automotive journalist and electric vehicle enthusiast John Voelcker offers a formula for determining how much charging an electric vehicle will cost each consumer. Voelcker recommends locating a most recent electric bill, dividing the number of kilowatt-hours one used for that month by the total of the bill. This will give the consumer the exact price paid per kWh.

Most households average about 14 cents per kWh, so expect a similar number.

Voelcker states that an electric car gets “3 or 4 miles per kWh.” You’ll need to determine how many miles you drive per month. Divide the total numbers you drive per month by 3 to get the kWh you’ll use monthly. Now, multiply that number by the cost per kWh. This sum should be what you’ll pay in electricity each month to operate an EV.

There’s only one issue with this simple formula.

One who works a night shift job might not be able to take advantage of the typically lowest rates occurring overnight. Those who charge the car in the evening may face the highest rates of kWh. Even one’s very location in the United States will impact how much a person pays per hour to charge an EV.

People living in states such as Rhode Island paid double what someone living in Colorado or Tennessee paid for each kWh of energy utilized. California offers an optional time-of-use residential plan for utility customers, with one company starting rates to this tiered-plan at 18 cents per hour and rising to 37 cents per hour.

That’s a good bit higher than what Mr. Voelcker calculated, and it will be those in lower incomes that suffer the most from the higher utility bills.

This also does not take into account the likely necessity of installing supply equipment (EVSE) at the driver’s home in order to properly and most efficiently charge an electric vehicle at home. The average EVSE can cost between $200 and $1,000 for the equipment itself as well as installation, depending upon the region one lives in.

Is our current electric grid ready for widespread use of EVs?

According to Daimler Trucks chairman Martin Daum, “the need for massive investments in grid infrastructure and charging stations cannot be underestimated.”

Ford CEO Jim Farley has asked American government officials to offer favorable regulation and subsidies for the “production of batteries and charging infrastructure.”

However, Robert Barossa, a senior director at Volkswagen AG’s Electrify America, says that the advent of more efficient appliances over the last twenty years means that the current electric grid “will allow utilities to adapt.” Most utility providers believe the United States will not require massive upgrades until after 2030. (President Biden is pushing automakers to strive for a chiefly electric fleet of vehicle offerings by 2035.)

At the same time, current utilities providers are making plans to upgrade the infrastructure, and consumers will pay the price. In Colorado, consumers will see at least 65 cents a month on their residential bills to pay for a proposed $110 million upgrade to the current electric grid in the state. If the past is any indicator of what could happen, should the plan end up costing more than the initially expected amount, customers will see the difference passed on to them at a time when utilities are already expected to jump by up to 45 percent in winter 2021 – 2022.

Even the ability of some electric vehicles to serve as a generator may not be feasible in light of the current grid’s capacities. Last winter, when the state of Texas saw blackouts during February’s bitterly cold weather, some individuals did successfully power their homes with their EV. However, “wider applications, according to Reuters, would “require larger infrastructure changes and utility involvement.”

Even in Austin, TX, the city’s fleet of electric-powered buses were inoperable during the week-long snow-and-ice storm. Reuters contends that the current power grid will require changes to infrastructure as well as “much greater electric-grid capacity.”

In addition, not only will utility companies be focused on upgrading the current infrastructure, but they’ll have to learn how to do so while backing off a century-long dependence on fossil fuels to run said utilities.

The New York Times recently shared a story in which they attempted to answer this very question; the newspaper answered in the following way: “It matters how the electricity is made.”

The Times article related that while an electric car offers no emissions in itself, the author did acknowledge that the actual “green” in an EV is dependent upon the amount of coal used to power the grid on which one is charging the EV as well as the lack of “clean energy” in the current power grid infrastructure.

The author also acknowledged something many proponents of green energy often omit – electric vehicles are more emissions-intensive to make because of their batteries.

Take for instance the Chevy Bolt electric vehicle. Compared to a gas-powered and fuel-efficient Toyota Camry, the Bolt typically produces 189 grams of carbon dioxide over the life of the vehicle while the Camry produces 385 grams. However, when the Bolt is charged on a power grid still utilizing coal as a source of power – something common in Midwestern states – the Bolt, according to the Times, “can actually be a bit worse for the climate than a hybrid car such as the Prius.”

Overall, electric vehicles are coming, but the transition will cost consumers now and possibly in the very near future. With inflation hitting so many consumers in the wallet, the transition to an EV may not be as easy as the government would have citizens believe.

Will we be a chiefly EV country by 2035? Auto manufacturers are preparing for such; however, experts at Ford are calling on the American government to make the transition easier for consumers. If consumers are paying for higher utilities in order to upgrade infrastructure, how will they afford a new EV, higher groceries, and increases in other necessities?

While some consumers can take Pete Buttigieg’s advice, purchase an EV and “never worry about gas prices again,” others cannot afford that luxury.