In 2021, crime rates across major cities rose to a level not seen since the early 1990s. Just in the last few weeks, two police officers were killed in the line of duty when answering a domestic violence call. A college-aged young woman was killed as she was working at a furniture in Los Angeles, stabbed to death by a man with a lengthy rap sheet. In January 2022 alone, New York City has reported 9,566 “overall incidents” that fall under the category of “major crime.” Citizens are calling for officials, including the White House, to do something about the major crime wave that appears to be worsening across the country.

On Thursday, President Joe Biden flew to New York to speak with members of the New York Police Department. During his remarks, he said, “the answer is not to defund the police, (but to) provide the tools and funding for law enforcement” so they can be “partners” as well as “protectors” of the community.

Newly inaugurated Mayor Eric Adams, who enjoyed a long career with the NYPD, has vowed to put a stop to the rising crime rate in the city, particularly after two young officers were killed two weeks ago during a domestic violence call.

Accompanying the president to the New York event was U.S. Attorney General Merrick Garland. Together, they met with both Mayor Adams and New York Governor Kathy Hochul at the headquarters of the New York Police Department. The focus of the meeting was a discussion of how federal, state, and local law enforcement can work together “to quickly take shooters off the streets and combat gun violence.”

Biden spoke to the police officers present, and he thanked both them and their spouses for their duty. “Every time you pin that shield on, walk out the door, you’re worried about getting a phone call – too many have gotten the phone call lately,” said Biden, referring to the young men who were buried in the past week.

Biden wasn’t the only government official to pay respect to the fallen officers, Detectives Jason Rivera and Wilbert Mora. Uniformed officers from across the country came to the funerals of both officers.

Biden said that officers nor government officials should “abandon the streets.” Instead, “the answer is to come together, police and communities building trust and making us all safer.” Biden also doubled down the point that his Administration is “not about defunding,” although many of his Democratic Party members have called for such a movement – including many members of the Progressive wing of the party.

Biden did mention hiring social workers as well as mental health workers. This is something that Progressive Democrats support, with notables such as Alexandria Ocasio-Cortez verbalizing support for such a measure. Biden added, “We need more people who . . .it’s not just standing with a weapon – it is someone who also knows how to talk to people, talk them down.”

While Biden made the example of someone considering suicide via jumping off a roof, that image can’t quite equate with scenes of domestic violence. Nor does it offer a solution to robberies, carjackings, and other violent acts that often take place minutes before officers ever get on scene.

Biden also said that those in government can’t expect police officers “to do every single thing.”

On Thursday morning, Biden introduced a strategy meant to “stop the flow of guns, bolster law enforcement, and increasing funding for community policing.”

After his remarks, when Biden was asked about gun control measures and the Second Amendment, Biden replied, “No amendment is absolute,” a comment which gun rights advocate Tucker Carlson of Fox News caught immediately. Part of his monologue on Thursday night discussed the comment.

Fox News as well as the Washington Post have given Biden four “Pinocchios” in the past for saying that the purchase of a cannon was prohibited when the Second Amendment was passed. Biden repeated the comment Thursday morning during his remarks at the NYPD.

Biden called on Congress to pass a FY22 appropriations budget, which includes a half a billion dollars for funding strategies such as the COPS Hiring Program and evidence based community interventions against violence. 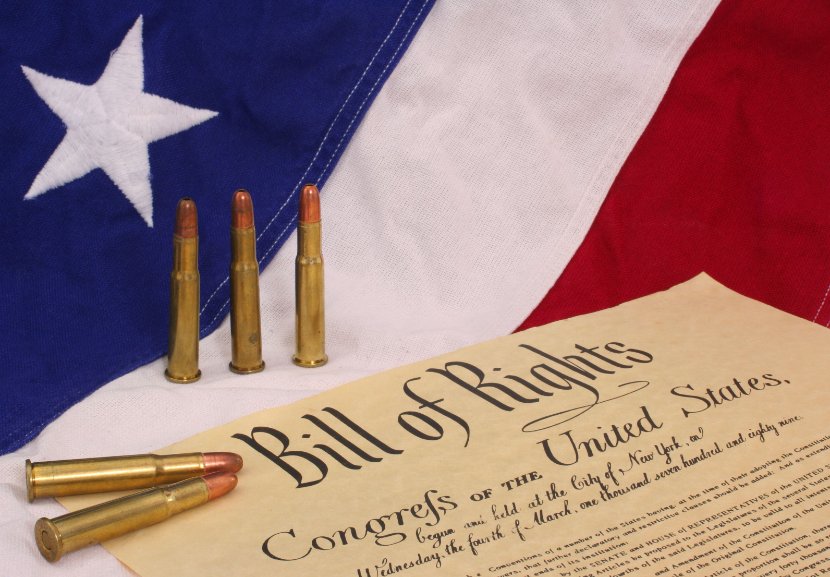 Since early May, America has suffered a rash of mass shootings including one in Buffalo, NY; one in Oklahoma; and…