Gavin Newsom is the governor of California. His administration has come under fire due to COVID-19 mandates; however, Newsom survived a recall in late 2021. Newsom has also served California as a lieutenant governor and as the mayor of San Francisco. Prior to his career in politics, Newsom worked in the private sector as a businessman.

Newsom’s father William was a state appeals court judge as well as an attorney for a prominent oil and gas company. Newsom’s parents divorced when Gavin was only five years old. His mother has remarried and her last name is Thomas.

Newsom has been candid about his difficulties in school, particularly his struggle with dyslexia. Newsom relates that even now, he still has difficulty reading and writing as well as when working with numbers. Newsom has found a way to deal with his dyslexia by utilizing audio to review policy or other types of documents. He states that using audio books as well as verbal instruction to make his way through school.

Although Newsom did have difficulty with academics, he excelled at sports. He was a member of both the basketball team and the baseball team at his alma mater, Redwood High School. Newsom graduated from this school in 1985 despite his academic struggles.

Newsom is said to have worked many jobs to assist his family financially. Newsom’s mother took in foster children often, and Newsom credits this as a lesson in public service to others. Tessa Thomas herself worked three jobs at times to support the family.

When Newsom attended college, he did so on a partial scholarship, with the intent of playing baseball. Newsom was able to obtain a bachelor’s degree and graduated in 1989. During his time at Santa Clara, Newsom was able to spend one semester studying in Rome.

Newsom identifies as a Catholic, and has often described himself as a rebellious Irish Catholic. Newsom states that he is a practicing Catholic.

Newsom is related to Ron Pelosi, Speaker of the House Nancy Pelosi‘s husband. Both have ties to San Francisco.

Newsom married Kimberly Guilfoyle in 2001. Some may recognize Guilfoyle as a frequent guest and eventual talk show host on Fox News. Prior to her time at Fox, however, Guilfoyle worked for Court TV, CNN and MSNBC. She was a prosecutor in San Francisco prior to her time as a television personality, however. It was during this time that Newsom and Guilfoyle met.

The couple was married on the University of San Francisco campus where Guilfoyle had gone to law school. At one time, the couple was the fodder of popular culture and made magazine appearances. The couple was featured in Harper’s Bazaar and some referred to Newsom and Guilfoyle as “the new Kennedys.” However, the fairy-tale marriage ended in 2006. The couple filed for a joint divorce in 2005. Papers filed for the couple state that their careers on opposite coasts were the chief reasons for the divorce.

However, later, it came to light that Newsom had had an affair with the wife of a former campaign manager, Ruby Rippey-Tourk. This affair is likely to have taken place after the papers were filed in his divorce to Guilfoyle, however. Ruby’s husband at the time, Alex Tourk, was working as Newsom’s chief of staff. He resigned from that post and filed for divorce in early 2007. Only one month later, Newsom announced that he would be seeking treatment for alcohol use disorder.

In late 2006, Newsom began dating Jennifer Siebel, a film director. By December 2007, the couple were engaged. They married in July 2008 in Stevensville, Montana. Together, the couple have two sons and two daughters. Each of the children have their mother’s maiden name as a part of their birth names:

The family home in Fair Oaks was $3.7 million when the Newsom family purchased it. This contributes to his net worth.

Gavin Newsom has a reported net worth of $22 million. Newsom has owned a number of businesses over the years prior to taking office. His Plump Jack group of businesses included 23 wineries, restaurants or lodging accommodations. There is no information on whether he sold these businesses prior to entering politics or kept them.

Once Newsom had graduated from Santa Clara University, he and his sister established the Plump Jack organization. The pair had assistance from a family friend and investor, Gordon Getty. The business was named Plump Jack because of an opera that Getty had written.

Getty has invested in ten of Gavin Newsom’s businesses over time.

Plump Jack grew to be quite a profitable organization. At one time, the organization possessed over 700 employees. Newsom has several businesses under the Plump Jack umbrella – a hotel, multiple restaurants, and a development fund. He also invested in two retail clothing stores.

However, Newsom sold his share of the Plump Jack empire when he became the mayor of San Francisco in 2004.

Newsom volunteered for the campaign of Willie Brown for Mayor of San Francisco in 1995. Brown would later appoint Newsom on a Parking and Traffic Commission committee for the city. He also placed him on the Board of Supervisors in San Francisco, and Newsom would be the youngest ever to hold such a position.

One of Newsom’s projects as a supervisor for San Francisco involved reforming the municipal railway and the way service took place. Newsom also supported restaurants being able to serve alcohol in outdoor seating arrangements and banning tobacco advertisements on billboards and the like. Newsom was not popular with unions and labor leaders, but his business interests were for the owners of the businesses and garnered him much popularity.

Newsom became the mayor of San Francisco in 2004. Newsom had the support of Democratic heavyweights such as former president Bill Clinton, Jesse Jackson, Al Gore (former Senator from Tennessee and Clinton’s VP) and he retained the support of former mayor Willie Brown.

There was a run off race, but Newsom won. He won by 11,000 votes. His campaign slogan was “great cities, great ideas.” Newsom would remain in the San Francisco mayor position until 2011. He was re-elected to the position in 2007 with no real competition.

During his time as mayor, Newsom garnered national attention when he directed clerks in the San Francisco County offices to issue marriage licenses to gay and lesbian couples. This move actually violated a state law passed in 2000.

Newsom would also work on the problem of homelessness as well as rehabilitation for those with addiction problems. He was the first to provide permanent shelter for the homeless in San Francisco. He also helped to provide 5,000 homeless with affordable rental options.

Newsom urged the state of California to adopt legislation banning certain types of dogs. He also signed legislation into law that would provide universal health care to the citizens of San Francisco.

Newsom was recognized by Democratic leaders across the United States for his efforts to provide healthy food and exercise options to San Francisco citizens.

In 2011, Newsom would decide to run for the position of Lieutenant Governor of California. He first ran for the governorship, but low poll numbers forced him to reconsider. He won the election for lieutenant governor in 2010. He was re-elected to that position in 2014.

Newsom would successfully run for governor again in 2019. He wished to succeed Jerry Brown as governor. He was a hearty victory and was sworn into office in January 2019.

Newsom faced a recall vote in 2021; his opponent was political radio host Larry Elder. There were many who signed the petition, but Newsom was able to eek out a victory over Elder. Gavin Newsom, the Democrat Governor of California has recently proposed a bill that would provide over $300 million as a… 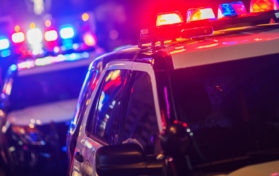