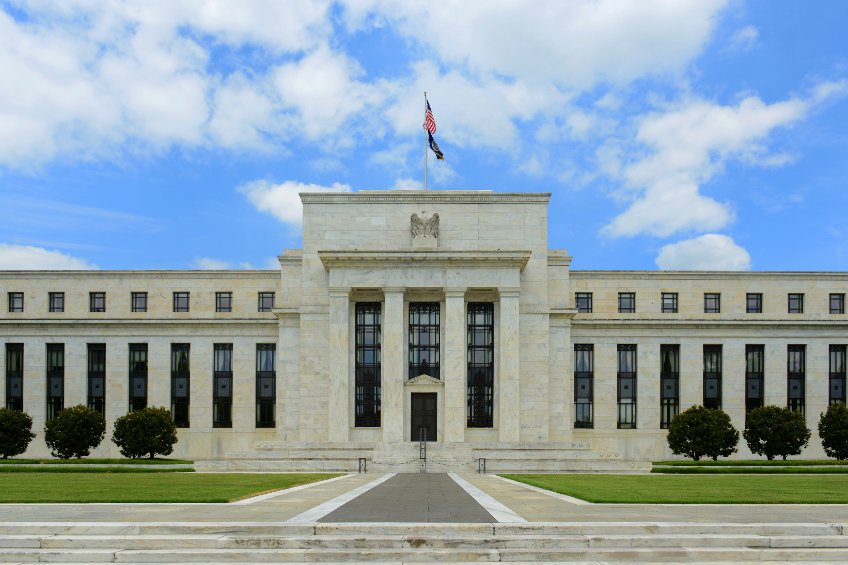 Fed Chair Jerome Powell testified on Wednesday in front of the Senate Banking Committee regarding the current inflation rate among other economic issues. Although many predicted that Powell would be thoroughly roasted by the GOP members of the group, Powell did offer some insight on the causes of inflation.

Powell told the Senate Banking Committee that “inflation was high before” Russian troops invaded Ukraine in late February 2022. He did agree that the invasion has had an effect on both global food and global energy prices. Powell did say inflation in regards to groceries and fuel would be somewhat lower without the Ukrainian conflict.

Powell was questioned by both Senators Bill Hagerty (R-TN) and Kyrsten Sinema (D-AZ) regarding the causes of the scorching hot inflation Americans have experienced since President Biden took office.

Hagerty himself laid out facts and figures regarding the rise of inflation to where it is currently, 8.6 percent. This is higher than it was at the end of March – 8.5 percent. At the end of April, inflation had dipped ever so slightly to 8.3 percent. As the end of the month wraps up, predicting inflation rates for June proves difficult. Record high gas prices have plagued consumers since just before Memorial Day. As a national average, gas reached $5 in every state in early June. For many days – in a row – gas went up in price each day. Late last week, gas prices dropped just below $5 (the national average was $4.98 on Tuesday).

Hagerty mentioned to Powell that inflation was at 1.4 percent when Joe Biden was inaugurated. However, within eleven months, according to Hagerty, the inflation rate had risen to a shocking seven percent. Hagerty then pointed out that inflation had only risen by 1.6 percent since that time.

This evoked the comment from Powell that inflation began rising some time before Putin authorized his troops to move into Ukraine.

Many conservatives complain that it is the voracious spending of the Democrats in Congress – and, inadvertently, President Biden – who have caused the skyrocketing inflation. In March 2021, just before the American Rescue Plan was signed into law, the inflation rate was between 3 and 4 percent. By December, inflation was at seven percent.

In the wake of Powell’s comments, Republicans have once again pointed out to the spending as the driving force of inflation. However, the general media isn’t discussing how much of the American Rescue Plan that was spent by the EPA (Environmental Protection Agency).

The EPA was awarded $100 million in COVID-19 funding as a part of ARP. A Fox News report today shows that the EPA spent $4.3 million in “environmental justice and climate change programs.” These monies were chiefly spent in programs that promoted “tree planting, greater acceptance of trees in cities, and pruning workshops.”

When the EPA was awarded the money, they announced that they would put $200,000 to dozens of programs that “focus(ed) on COVID-19 impacts.” Keep Indianapolis Beautiful was giving $200,000 for “Greening Urban Neighborhoods.” This program promoting accepting trees in the city of Indianapolis as well as teaching individuals about the “benefits of trees.”

In New Mexico, another group was given the same amount of money in order to “plant trees in the underserved area of the southeast quadrant of Albuquerque.” It was also here that the pruning workshops were held.

In Houston, yet another group received the same amount of money to create a shipping container farm and residential gardens.

In Minnesota, the funds went to Hourcar, an all-electric carsharing program.

Fox News had previously reported that there were multiple Environmental Justice programs in the ARP that “had virtually little to do with addressing COVID-19 or the effects of the pandemic.”

While current Transportation Secretary Pete Buttigieg was asked if the American Rescue Plan had contributed to inflation, he wouldn’t directly answer.

At the same time, some economic advisors from the Obama Administration have suggested that the ARP has contributed to inflation.