The Biden Administration received more unsavory news last Friday morning when the Labor Department released its figures relating to job growth in September. For the second consecutive month, job growth has slowed with only 263,000 jobs added during the month. However, hiring remains “solid” despite growing fears of a recession, inflationary woes, and higher Federal interest benchmark rates.

Refinitiv had predicted that only 250,000 jobs would be added during September, so the report shows a slight improvement in expected numbers. However, the number is a decrease from the 315,000 jobs added in August. It’s also the lowest monthly gain since April 2021.

On a happier note, unemployment dropped slightly to 3.5 percent, which is the same historic low recorded in July “as the size of the labor force decreased.”

On average, hourly wages are still on the rise, but only slightly. Wages increased by only 0.3 percent for September. The average hourly wage is now $32.46 per hour. Economists see this as a sign that inflation is beginning to cool off. At the same time, this could also mean that those on the lower end of the earning spectrum are being hit harder than ever by the upward spiral in prices.

The Federal Reserve and the White House have been watching job growth and Labor Department data for multiple reasons. For the Fed, a slowing job market could signal that inflation is finally headed back to the goal of two percent. (The latest report showed inflation at 8.3% for August 2022. September numbers are scheduled to be released around October 10.) For the Biden Administration, strong job growth numbers mean that the country isn’t fully immersed in a recession.

As a result of the September report, the stock market reacted. The Dow Jones fell by over 300 points; the S&P went down by over one percent as well.

Charlie Ripley, a senior investment strategist at Allianz Investment Management, said the report would do little to change how the Fed is addressing inflation. “The employment data did little to change the narrative for a Fed committee that has been intensely focused on bringing down inflation. The robustness of the post-pandemic jobs market continues to be a problem for the Fed as current (policy in place) has yet to bring a meaningful slowdown to the economy.”

For the past month, jobs gains were most plentiful in leisure and hospitality, an industry that added as many as 83,000 workers. Healthcare added 60,000 jobs, while industries such as construction only added 19,000 jobs.

Warehousing and financial activities as well as transportation lost jobs – as many as 8,000 for the month of September.

Jerome Powell, the Fed chairman, said that the economy “need(s) to have (a) softer labor market . . . if we want to set ourselves up. . . to get inflation behind us.” Powell also added that things are likely to be painful as far as the economy goes until inflation is under control.

Fed officials have signaled that the benchmark interest rate will remain high “for some time” before the labor market begins to slowdown and prices actually fall.

Major companies, including Apple, GE, and Microsoft have either announced hiring freezes or layoffs in the last few weeks.

As a result of the September report, the stock market reacted. The Dow Jones fell by over 300 points; the S&P went down by over one percent as well. 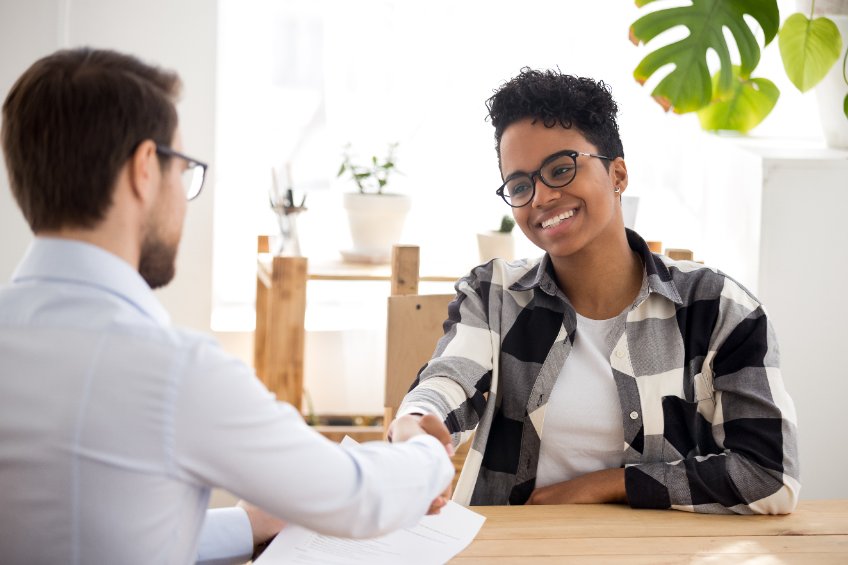 Economists had predicted that job growth would slow due to the Fed raising interest rates sharply once again in July,…