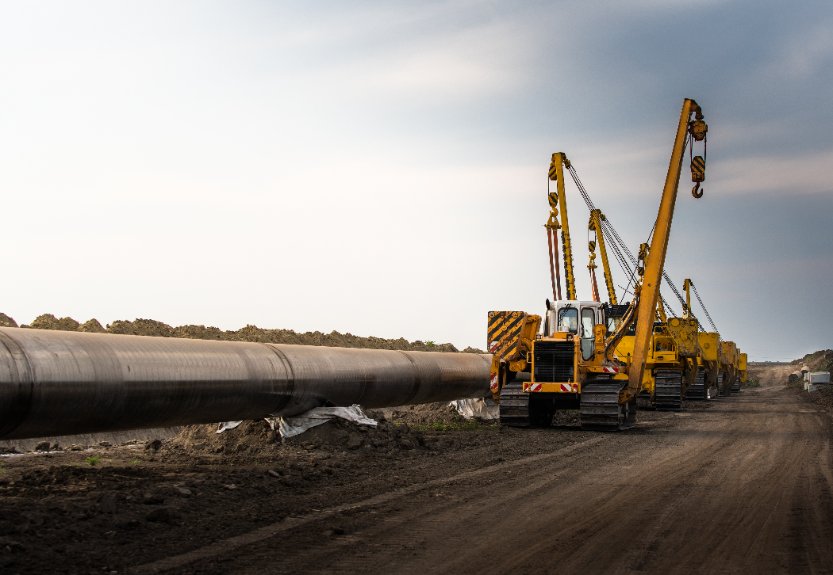 On Sunday, Senator Joe Manchin (D-WV) appeared on multiple news talk shows to discuss the Inflation Reduction Act and why he pivoted on his support of the legislation. On Tuesday, multiple news sources reported that Manchin and Senate Majority Leader Chuck Schumer (D-NY) reached a side deal on a West Virginia pipeline that has been stalled in completion.

The Mountain Valley Pipeline is a natural gas pipeline project that has been put on hold numerous times due to a court-rejected environmental permit. The project is worth $6.6 billion, and it spans approximately 303 miles from northwestern West Virginia to southern Virginia.

The permitting reform legislation that Manchin has repeatedly mentioned would have a direct effect on projects such as the Mountain Valley Pipeline, and it would greatly benefit Manchin’s home state.

Bloomberg acquired a copy of the agreement between Manchin and Schumer, and according to a summary Bloomberg initially published, the agreement “would require relevant agencies to take all necessary actions to permit the construction and operation of the Mountain Valley Pipeline and give the DC Circuit jurisdiction over any further litigation.”

The legislation is not a part of the Inflation Reduction Act, but would be a separate piece of legislation that would “have the blessing” of both Speaker of the House Nancy Pelosi and President Biden, according to Bloomberg.

The construction on the Mountain Valley Pipeline was halted after a federal court rejected a permit to cross a national forest; environmentalists had filed the challenge and won in January 2022.

The completion of the Mountain Valley Pipeline would offer drilling companies in the Appalachian basin with a great deal of natural gas.

The Mountain Valley project has stalled years beyond its original completion date, and the budget for the completion has more than doubled. The pipeline construction has become a high-profile project. Environmentalists have managed to scrap other similar pipelines proposed by Dominion Energy, Duke Energy and Williams Companies. Activists say that these pipelines are “emblematic” of the infrastructure promised by energy companies, but that it also promises to keep Americans dependent upon fossil fuels for decades to come.

While Manchin sees the deal as a victory for his constituents, fellow West Virginia Senator Shelley Moore Capito, a Republican, isn’t sold on the deal. Capito has demanded to see the actual language of the legislation. Capito sent an email detailing as much. She has asked for the full details of the bill rather than a framework.

On news of the proposed deal, shares of the company which operates the Mountain Valley Pipeline, Equitrans Midstream Corporation, rose by 8.6 percent early Tuesday morning.

Senator Schumer has said publicly that the “permitting legislation” would be a separate piece apart from the Inflation Reduction Act. The legislation is slated to put a two-year limit on environmental reviews for larger projects like the Mountain Valley Pipeline; smaller projects would enjoy a one-year time limit for review.

Bloomberg reports that the agreement between Manchin and Schumer may also benefit clean energy projects. The summary obtained by Bloomberg says that these “transmission lines” would also bring renewable energy to places, much the same as they would transmit fossil fuel energy.

The Federal Energy Regulatory Commission would be given authority to issue construction permits. A “balanced list” of projects – both of fossil fuels and renewable energy – would be submitted to the president for review. The president will then designate twenty-five ‘high-priority energy projects” that involved fossil fuels, electric transmission, renewables, nuclear, and carbon capture.

The deal would also speed up Clean Water Act permits for pipelines and other projects. Many pipelines have been shut down before the ground could ever be broken due to states like New York denying water quality certifications to prospective construction companies.

According to Bloomberg, the permitting deal – including the Mountain Valley Pipeline permit – was “key” in getting Manchin to throw his support behind the climate change provisions in the Inflation Reduction Act.