Experts predict a 62% drop in 2022 on home refinancing when interest rates rise to 4% on popular 30-year fixed-rate loans sometime late in 2021 or early in 2022. That will lower the total of refinance originations to just $860 billion. This prediction by the Mortgage Bankers Association follows the 14% decline that has already occurred in the first three quarters of 2021.

The association also predicts that home origination loans will decrease by 33% during 2022 for a total of $2.59 trillion. Faster inflation than predicted takes the blame for this bad news. While the economy and the labor market have rebounded after the pandemic shut many things down in 2020, persistent supply chain problems are the reason behind the rising inflation rate.

The association predicts that loans for buying a new home will rise by 9% during 2022. They foresee a record of $1.73 trillion in these loans before 2022’s end.

Mortgage banks may try to make up some of the losses in refinancing loans by increasing the cost of servicing their current portfolio. Many homeowners took advantage of forbearance deals during the pandemic, and bankers must help buyers move to post-forbearance terms while obeying new pandemic restrictions that have been placed on everyone.

The Mortgage Bankers Association says that there are several signs that people considering refinancing or buying a new home will want to watch. Keep an eye on what the Federal Reserve Bank may do.

Fed Governor Randal Quarles says that he is watching for signs that prices will stay elevated over an extended period. He says that predictions that prices will continue to remain elevated during the winter months could cause the Central Bank to raise interest rates sooner than anticipated.

Supply chain disruptions have already gone on longer than the federal government had hoped for, and these bottlenecks have impacted all industry sectors. There have also been labor and housing shortages. There has been rapid growth of inflation in the energy sector. 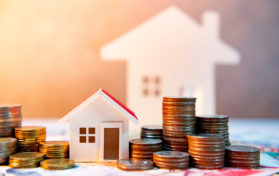