When the United States pulled out of Afghanistan in August, chatter from political and military experts all over stated that leaving the military base in Bagram might be a decision the country would later regret. The base is roughly 400 miles from China, about an hour’s worth of travel.

CNN uncovered information that might prove Americans were correct to worry that American troops leaving the area would embolden China. CNN broke a story late last week concerning the assessment of United States intelligence agencies on ballistic missiles in Saudi Arabia. Information shows that China is assisting Saudi Arabia in producing these weapons.

The production of these missiles could cause a “ripple effect” across the Middle East. The information comes at a critical time as President Joe Biden’s administration is working to restrain the production of nuclear weapons in Iran. Iran is a top regional rival of Saudi Arabia.

Learning that these missiles are being produced is only exacerbated by the idea that China is assisting the Saudis in building the ballistic missiles.

In the past, the Saudis have purchased ballistic missiles from China; however, the nation has never built the weapons on their own. CNN obtained satellite images that suggest Saudi Arabia has at least one location where they are producing their own ballistic missiles.

According to CNN, at least two sources admitted that American officials from a wide variety of governmental agencies related that individuals in the National Security Council as well as other agencies have been briefed on the classified intelligence surrounding the transfers of ballistic missile technology between the Saudis and China. According to these sources, the transfers are “multiple” and the technology is “sensitive.”

Just a few weeks ago, officials from NATO revealed that Iran would not allow inspectors into facilities in order for the officials to carry out inspections that are a part of a nuclear deal between Iran and other countries. President Biden has had to work to try and restrain the production of nuclear weapons in Iran; the production of ballistic missiles in Saudi Arabia would only confound the president’s efforts.

Because Iran and the Saudis are bitter rivals, it is unlikely that any diplomat could convince the Iranian government to stop its nuclear program if the Saudis are actively manufacturing its own weapons.

Further complicating American relations with the Saudis is our own ties to China. The Biden Administration has sought to “reengage” China on matters of climate change, the pandemic, and international trade.

A spokesperson for China’s Ministry of Foreign Affairs told CNN reporters that the Saudi Arabia and China are “comprehensive strategic partners” and that they have “cooperation,” even in the area of “military trade.”

The spokesperson also mentioned that nothing China and Saudi Arabia are alleged to have traded “violates international law.”

While some CNN sources shared that the Biden Administration is preparing sanctions in order to stave off this issue, it remains to be seen what approach will be done in order to keep a modicum of peace in the Middle East. 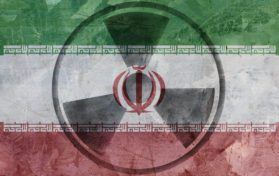 Qatar a Rising Political Force in the Middle East

Qatar’s influence, both with the West and within its own regional sphere of influence, has greatly expanded during the past…